STEM Courses in Ireland: An Analysis 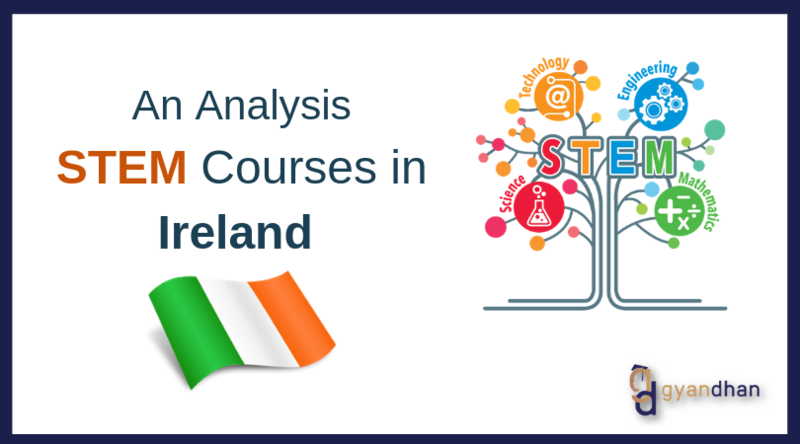 What makes Ireland a great destination for higher studies in STEM?

What are the eligibility requirements for studying science and engineering in Ireland?

Here is a list of the most common eligibility requirements that you will be required to fulfill for pursuing a STEM program from an Irish university:

Read Also - How to Get an BOB Education Loan for Ireland Study.

How good are the career options available for STEM students in Ireland after completing their degree?

Read Also - How to Get an Axis Bank Education Loan for Ireland Study.

How to Get a Work Visa for Ireland after completing the degree?

There are nine different General Employment Permits issued by the Department of Business, Enterprise and Innovation to non-EEA (European Economic Area) candidates. There are two key work permits which are as follows:
A) General Employment Permit: It allows non-EU citizens with job offers to work in Ireland. It is initially granted for 2 years but can be extended for another 3 years. The student must have the job offer to apply for this permit.
B) Critical Skills Employment Permit: It is for those in professions mentioned in the Highly Skilled Eligible Occupations List.
To be eligible for work-permits, one should have an annual salary of more than €30k (including Health Insurance). In the following exceptional circumstances, work permits will be considered for salary less than €30k as well:

In Ireland, non-EU students have to apply to the Garda Immigration Bureau if they wish to work for longer than what is permitted under the student visa. Green Card can be given to those who have a job paying over €60k annually. It can also be given to those who have been working in jobs on the restricted list of occupations for more than two years and earning a minimum of €30k annually.

What are the Top Universities in Ireland for MS?

Conclusion: The Best Universities in Ireland listed above are all amongst the top 500 universities across the globe. Ireland is the perfect choice for STEM programs for those who are seeking a quality education at an affordable price beyond the hyped US or UK universities. There is no dearth of options for Masters Degrees in Ireland universities, and almost all of them offer the same variety of courses that the leading universities in Australia or America do. All of the above listed five institutions house the Best Engineering Colleges in Ireland, which all have high placement rates. Ireland offers a peaceful, safe and friendly environment for education without burning a hole in your pocket and ensures a secure career path.

Read Also - How to Get an Education Loan for Ireland Study.

Surviving on a Budget in US: How to Thrive as an International Student