Path to Permanent Residency in the United Kingdom 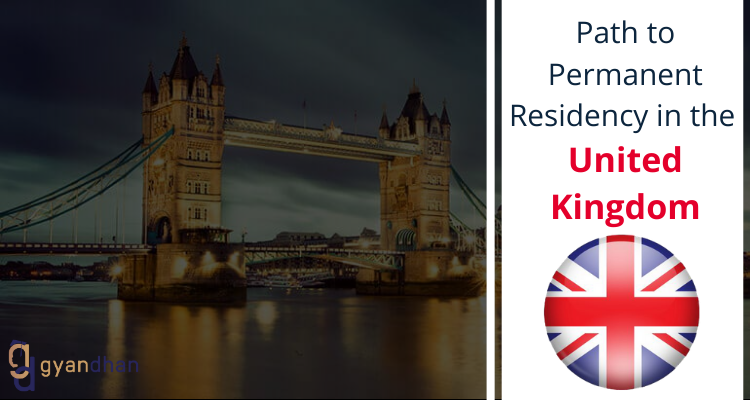 The United Kingdom is one of the best choices for pursuing education as it is a great blend of people from around the world. It is also student-friendly and is amongst the leaders in almost all sectors. In total, the UK spent a staggering £92.3 billion on education in the year 2019-2020 and the numbers have risen up since then. The United Kingdom has a total of 12 universities in the list of the top 100 universities in the world. England has the famous Oxford and Cambridge, which are very well known across the world and are over 8 centuries old.

UK is a diverse blend of various cultures and the main religions are Christianity, Hinduism, Islam, Judaism. The rich and ancient history and a modern democracy make the United Kingdom a conducive place for Higher Education. In the year 2018-19, there were 4,85,685 international students pursuing their degrees in the United Kingdom. In the year ending in September 2019, approximately 276,889 Student Route Visas (previously known as Tier 4 Student visa) were granted and the numbers have been rising since then. The United Kingdom welcomes these students wholeheartedly to study and also be a permanent resident.

How to Get PR in the UK?

Start by Securing an Admission and Getting an Admit

Quality of teaching and research in the UK Universities in higher education is reputed around the world because of the continuous assessment. The British Government's Quality Assurance Agency for Higher Education (QAA) keeps in check the quality of education with scope for compromise. There are various aspects taken into account and so one can be sure of the quality of education. The universities are graded points out of 24 wherein 22 and above is considered excellent. So while choosing a university it is important to see the score- the higher the better.

The Research Excellence Framework (REF) monitors the research activities of the universities in the United Kingdom.

Different universities have different criteria. Usually, the higher the ranking of the university, the higher are the scores required. The English requirement also differs in each university.

You also need to pass numerous exams to study in the UK, such as

The prerequisite for some of the universities across the UK is an undergraduate degree with second class honors or better. The test scores usually need to be over 90 for online TOEFL. An IELTS of 7.0 and at least a 6.3-grade point is also a plus. You will also need a letter of recommendation and a good statement of purpose.

Get a Student Visa and Apply for Scholarships

The cost of studying in the UK including all the costs comes to about £11,000 each year which translates to around INR 9,50,000. The costs may vary depending upon the course and the place but the average costs are mentioned. The cost for the premium universities like Oxford, Cambridge, and Imperial College of London can go as much as £30,000 which is about INR 27,00,000.

For the visa, all the documents required are put up on the embassy website which usually includes the Passport, photos, the University Admit, and the UK address. You need to get a medical certificate ruling you tuberculosis-free.

The visa application fee is £348 and there is a healthcare charge of £400 per year which shows that you are medically fit.

Once your identity is confirmed, then they can decide to grant you a Student Route Visa (previously known as Tier-4 Visa). Before Brexit, the Student Route visa was valid till the duration of the course plus 4 months after the completion of the courses. For shorter courses which last about 6 months, there is the short term study visa, which is valid for 6 months and can be extended to about 11 months.

Post-Brexit, a new route called Graduate Immigration Route (GIR), which was announced on 19th September 2019, would allow students to stay in the UK for up to 2 years. The route is a one-time extension, which will come into effect in Summer 2021. This extension will open up the UK job market for the students with no restriction on the kind of job that students are allowed to take up. The route is still in progress and therefore, all the details are not yet available. This route is the reason we have seen an increase in the number of applications we receive for UK education from students.

There are almost 100 scholarships available for international students offering anything from a concession on the tuition fee to a full waiver also. Every department of study in the UK has its own Scholarships, so depending upon your field of study you can apply for the scholarship in advance.

Get the required funds to finance your UK education

It is very easy for students to find an internship. Students of Student Route (previously known as Tier-4) Visa can work for up to 20 hours per week and full time during Christmas and can earn about 300 to 500 pounds a month. An internship will not only provide money but will also help to improve your resume.

Aishwarya Bhatt
A bookworm who transforms into a web-usability evangelist, when her favorite blend of coffee is flowing in her veins. Happiest in a bookstore and when she is painting with words on paper!

Surviving on a Budget in US: How to Thrive as an International Student

Networking 101: How to Network for Studying Abroad

Unleash the Power of Networking - A Virtual Event for US Admits!