Will Coronavirus Increase the Enrollment of Indian Students in the US to Compensate for the Fall in the Number of Chinese Counterparts?

Coronavirus has been the biggest disruption globally since it was declared as a global health emergency by WHO on 30th January 2020. Soon after, many countries imposed a travel ban on travellers from Mainland China. Such epidemics leave global economies struggling for months to come. One of the big effects of this outbreak is on the international student body, which is the driving force in many foreign universities, especially the US universities. The statistical report of November 2019 calculated 369,000 Chinese students in the US. This number is bound to drop substantially if the outbreak is not controlled before the application process is over. 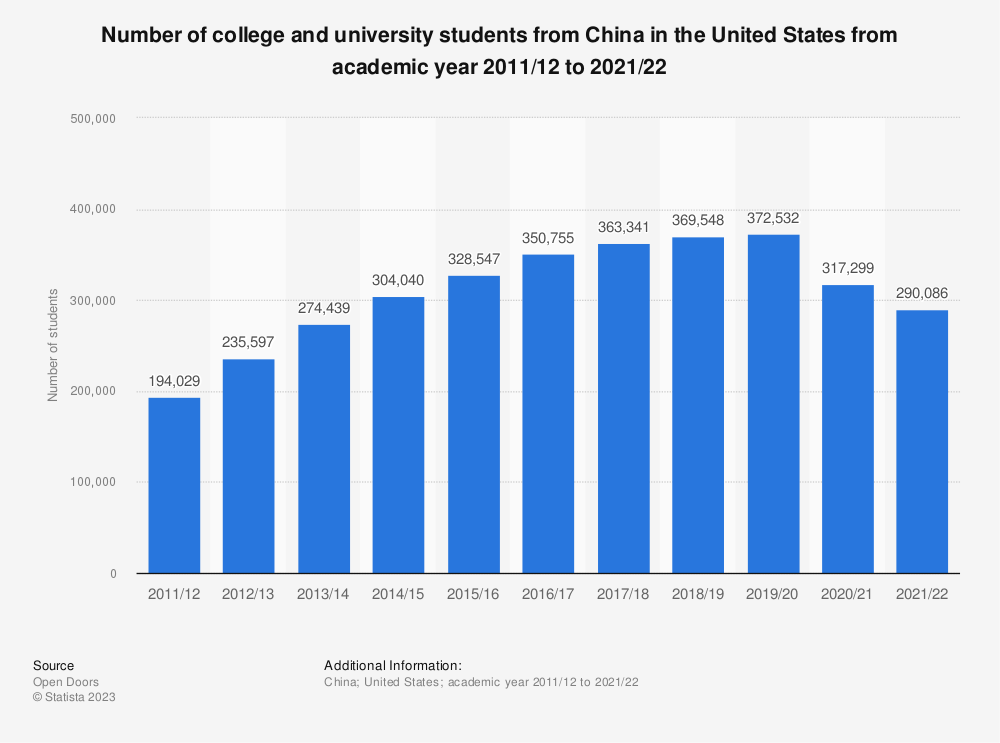 The crisis brought on by this virus can be measured by the number of deaths by it. And the number of deaths is on the higher side of the spectrum as compared to the SARS outbreak in 2003. Even then, after the SARS outbreak, the Chinese student enrollment dipped by 4.6%. The outbreak was controlled swiftly within eight months and despite the after-effects of the SARS virus, the enrollment soon recovered and has only increased every year since then. But this time around, the situation seems bleak for the Chinese students who have been imprisoned in their own country.

On 31st January, the US imposed a travel ban on travellers from Mainland China, which means a big number of Chinese students will not be able to enroll in US universities. Most students had to cancel their English Language Proficiency tests such as TOEFL/IELTS because of the shutdown in Mainland China. For others, it means they will either have to delay their classes, take a semester break and defer their degree. This will affect both the US universities as well as the Chinese students. Chinese students make up 33.7 percent of the international student population in the US. Such a big percent of students contribute not only in the numbers but also increase the inflow of funds to these universities and the US economy. US universities have depended on these Chinese students to meet their budget requirements for a long time now. But now with the outbreak, these universities will have to search for an alternative to fill up the seats.
The only alternative present right now is, the US authorities may have to loosen the visa norms a bit for students from other countries, out of which India stands to gain the most. After China, Indians account for 18.4 percent of the international students in the US, that is 2,02,014 students. Though the US authorities will never take a clear stand on this progression, the corona epidemic might force them to become comparatively less stringent with their visa issuance to nationals of other countries. This will in turn lead to universities adapting a liberal outlook and offer admission letters to Indian students more to compensate for the number of missing Chinese students from US campuses. 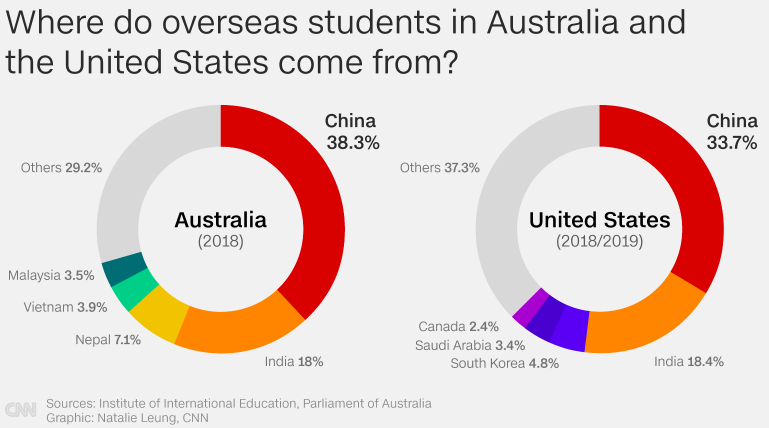 Further, this relaxed and liberal outlook might even last more than this season if the outbreak is not controlled soon. The result of this outbreak is massive in terms of the financial burden it will put on the Chinese people. It is left to be seen if the Chinese parents will send their children for an expensive foreign education or not after dealing with medical bills back home. Their decision also hinges on the welcoming attitude of the city and the safety of their children in a foreign country and of late, racial bias towards the Chinese students has increased due to the virus all around the world. So it can be said that the possibility of new applications might be less.

On the off chance that this outbreak is not contained till the next round of admissions and the travel ban is not removed then it could mean a sudden influx of Indian students on the US campuses. The US is the most preferred country when it comes to Masters in Science. With only a limited number of new visas issued every year, many students lose out on pursuing their education in the US. But the coronavirus outbreak could mean that Indian students get a larger share of these newly issued visas. The most affected would be the middle-level universities who are likely to offer seats to more students with less GRE scores or less impressive credentials.
However, all this is speculation at this point as there is no clear data. The US universities for the time being seem to be struggling to accommodate the classes of the already enrolled Chinese students. But they will soon have to take concrete steps to address their dependency on the enrollment of Chinese students. The same can be said for Australian universities, another country with the most number of Chinese students.

For now, it looks like Indian students are set to gain from the disastrous situation that the Chinese students are in right now.