MBA in Germany and What it Takes: Top Universities, Eligibility, Cost and Career

So, What Draws Students to the Country?

These factors combine to make an MBA in Germany a favoured option.

Is an MBA from Germany a Popular Option as Compared to Other Countries?

MBA Universities in Germany might not be as sought after as those in the U.S., but their popularity is increasing worldwide with each passing day. The same is proven by a 4.4% rise in the number of international students in Germany in recent times, while the U.S. saw only a 1.5% growth in 2018. 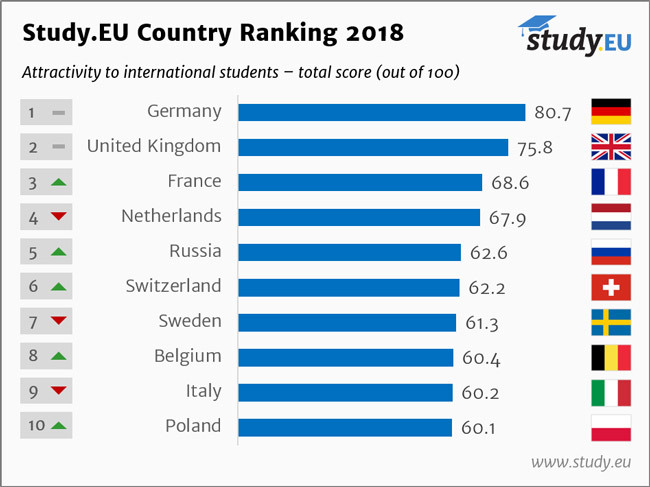 When it comes to Europe, Germany is the most attractive option for international students. Currently, there are five MBA Courses in Germany that rank in the Q.S. top MBA programs in the EU. Although the ranks of German business schools are lower than the ranks of the U.K. and French business schools, they are much higher than the rankings of other European universities.

Fill this form and get a free counselling Call

What are the Benefits of Doing MBA from Germany?

Stable economy, sustainable career prospects, and the opportunity to apply for a job anywhere in the European Union is the tip of the iceberg. Choosing to study MBA in Germany comes with many other benefits.
One of the major benefits of studying in Germany is that it is much lighter on the pocket when compared to other countries. For instance, the tuition for a full-time MBA from EMST Berlin is EUR 43,500. The same program from INSEAD France will cost you almost double the amount, EUR 87,000. And if you choose public universities in Germany for an MBA, then the fee becomes practically negligible!
It is not just the relatively cheaper tuition, but the cost of living in Germany is also more affordable than that of France or the U.K. Besides, the German student exchange program, DAAD, has some very generous scholarship programs.
Nevertheless, there is a demerit too along with the many pros that Germany offers. While universities have started teaching in the English language, you are expected to have mastery over the German language to be eligible for employment. So, if you aim to work in Germany after the MBA, then you’ll have to learn to speak the language well.

What are the Common Eligibility Criteria for MBA in Germany?

For MBA in Germany, eligibility criteria depend upon the university and the program chosen. Typically, to apply to a business school, you need:

Although the best German universities do use English as the language of instruction, some may ask for proficiency in the German language.
Along with these basic requirements to study in Germany for Indian students, a student visa is also necessary. The process of visa application is similar to that of most countries except for the proof of funds.
Germany requires you to put sufficient funds to cover your living expenses for a year into a blocked account. It is a mandatory practice and applies to any international student who wants to pursue higher education there.

What are the Top 5 MBA Colleges in Germany?

As per Q.S., there are five B schools in Germany that rank in the top 50 in Europe. Most of them offer full-time courses and an executive MBA in Germany.

Besides the top five MBA colleges in Germany for Indian Students, there are four more excellent options:

What are the Career Options After MBA in Germany?

German colleges do not have a concept of campus placements. Universities provide complete support to students, but the final effort comes down to you. That said, once you find employment, which the majority of MBA graduates do within 3 months of finishing the degree, the remuneration is handsome. As per the university’s official reports, the average MBA Salary in Germany of ESMT graduates is over EUR74,500, and this doesn't include bonuses.

Job Profiles and Industries of Graduates (Frankfurt’s Class of 2018)

Germany being a hub of the automotive industry offers students valuable opportunities to jumpstart their careers with big names like BMW, Volkswagen, Porsche, and Mercedes. It even has leading pharmaceutical and engineering firms such as Bayer, Siemens, Merck, and Bosch.

The cost of an MBA in Germany for Indian Students is much lower than that in other countries, but when converted into INR, it is still substantial. Thankfully, the visa of full-time students allows them to work for 120 days in a year which can go a long way in offsetting living expenses.
If you're worried about finding a job after graduation to pay off the education loan for Germany, don’t worry as you have 18 months to do so. Germany has much less restrictive rules about residence permit after course completion as opposed to some other nations.
Once you do have the right employment in hand, you can apply either for a work visa or the E.U. Blue Card. The former allows you to live and work in Germany, while the latter gives you the freedom to work anywhere in the European Union.

Choosing a business school in Germany brings multiple advantages, from top business schools to ample time to hunt for the perfect job. But if your goal is to establish a career in Germany, then pay attention to the native language. You may not require it for the degree, but you'll be hard-pressed to find employment without it.
A last bit of advice – to get the best out of your MBA in Germany, pick a college and program that is in line with your prior experience and future vocational goals. Unsure of what that might be? Request a call back from GyanDhan and our admission experts will help you through it.