Brexit’s Impact on Indian Students: The Silver Lining in the Chaos 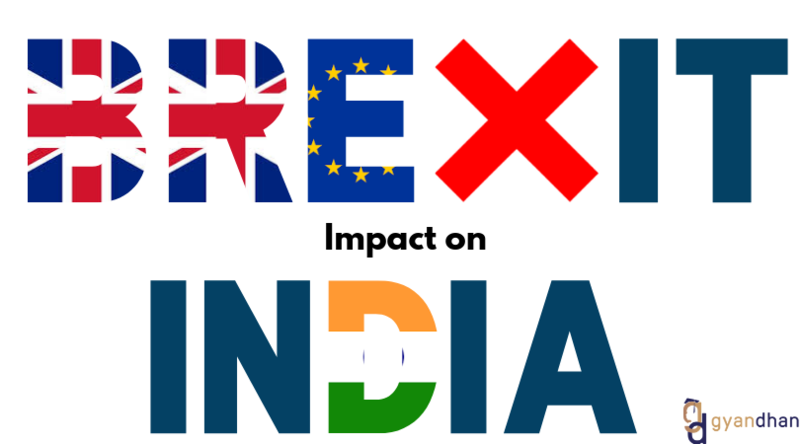 Over 39,000 Indian students came to the UK to pursue higher education in 2010. The number fell to 16,550 in 2016. The stats prove that the United Kingdom used to be a preferred study destination for international students.
The reason was stricter student immigration laws. It made getting a student visa and finding work post-study hard. As a result, students from India and non-EU nations opted for more welcoming countries.
Last year, however, the tides changed. Brexit made a positive impact on Indian immigrants hoping to study in the UK.
21,165 students got the visa required for higher education in the UK in 2018, while in 2017 only 15,161 students got it. That’s a 40% increase.
Let’s explore the possible effects of Brexit on Indian students further.

How is Brexit Beneficial to Indian Students?

Before talking about the many benefits Brexit has for the Indian students, let’s clarify something. The leave date for the UK was March 29, 2019. But disagreements pushed it to October 31, 2019.
Until the UK actually leaves the EU, any impact of Brexit is only a possibility. Excluding a few effects, most are not definite.
That said, the country is pushing its “International Education Strategy” aggressively. It hopes to raise the number of international students by 30% in the next ten years. Which means the time is ripe for Indian students to choose England, Scotland, Wales, or Northern Ireland for studies.

A Fair Playground for Indian and EU Students

Until now, a non-EU student faced more restrictions than an EU student while applying to British colleges. A European Union resident was far more likely to get admission. It's the reason why there are approximately 1,30,000 international students from EU studying in the UK.
EU student enrolments are already slowing down with Brexit on the horizon. After it, EU students will stop getting any special treatment, levelling the playing field for all overseas applicants.

The Shortfall of EU Students Will Boost Indian Student Admissions

The proposed Visa regulations will result in a brake in EU student admissions that create a considerable international student and income gap in the UK Universities.  To fill it, they will turn towards other international students (non-EU citizens). Since India is the country from where they get the second-highest influx of scholars, they are more likely to recruit students from here. The reasoning is that Indian students will offset the fall in income that universities will face due to the loss of EU students.

The time limit to get a work permit for Indian students in the UK is 24 months now. These new regulations were introduced by the Bristish PM, Boris Johnson in a recent announcement.

Moreover, Indian students can work temporarily during this period making Brexit a hidden boon for them.

Easier to Crack the Job Market

The benefits of Brexit aren't limited to the higher odds of admission or an extended time period to get a job.  The chance of obtaining employment has also increased. There are three reasons for it. All of them can be attributed to ‘skill-based’ immigration system.

The two changes balance the scales in favour of all students looking for work after graduating.

The Result is Already Visible

The job prospects for Indian students in the UK, after Brexit, may grow exponentially. The impact of Brexit is in fact already visible. More than 55,000 Indians were granted a skilled work visa in 2018 which was “55% of all UK Tier 2 Visas” given in the year.

Is it the Right Time to Pick UK?

The EU citizens’ automatic right to settle in the UK will end after Brexit. The competition between students from EU and those from other countries will be based on merit and not nationality. It will provide all the students an equal chance or level playing field to get admission in British universities.
Additionally, it will improve the odds of an Indian student of getting permanent employment after completion of the degree.
Equal opportunities are the biggest advantages of Brexit for India and its students. Considering these paybacks, one can safely say that it’s a fitting time for students to pick the UK for higher education.