“Over 4 lakh students are benefitting from the Transnational Education provided by the Universities in the UK.”

We humans are slaves to our immediate emotions, needs and wants. Our aspirations understand no limit. You may have a strong urge to change the world, the lives of people around you or you want to alter your career trajectory. So, how do you plan to work on that? College degrees can help. They make your dreams come true by helping you achieve the privileged position of influence. And a degree from a UK university boosts your career in Toto.

Imagine Hogwarts in your mind, and now take a careful look at the architecture of Oxford University. You will find a lot of similarities. So, the top ranked Universities in the United Kingdom not only have the beautiful & magnificent infrastructure but makes the UK the second most popular destination in the world in higher education for international students. In recent years, the Indian students’ interest in the UK declined mainly because of shutting down of the post-study work visa in 2012. However, 2017-18 saw an upswing in the numbers from 16,550 in 2016-17 to 19,750. 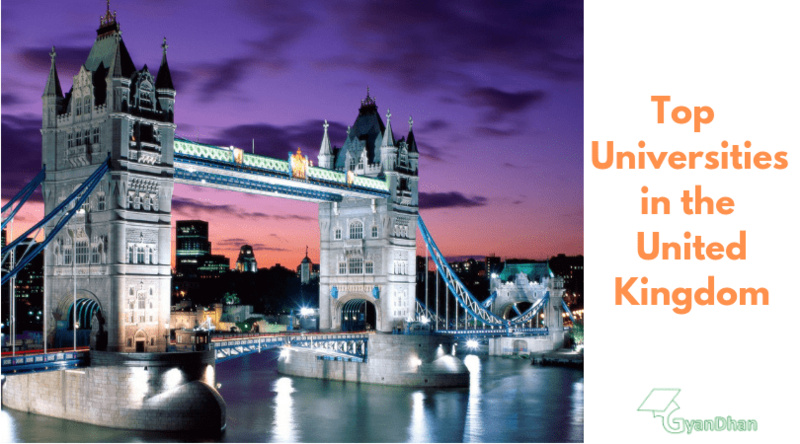 STEM (Science, Technology, and Engineering & Mathematics) courses offered by UK universities are very popular among students.
Below are a few reasons that may encourage you to opt for a university in the UK:-

The UK expects to generate 35 billion pounds with the proposed annual 30% hike of international students.

What does this say? The United Kingdom wants to you there, badly.

The United Kingdom’ hitherto success story of development is not confined to traditional fields.
According to the Independent, the creative industries such as Fashion, Films, TV, Publishing, etc. alone generated £84 billion for the UK economy, and the industry is growing at twice the rate of the UK economy.
Aren’t these prospects tantalizing enough to generate curiosity?

According to the statistics (2016-17) related to the presence of International students, around 19 % of the total student population is the non-UK students that are currently pursuing higher education courses. Among them, 6% are from the European Union, and 13% are from the rest of the world. China, India, USA, Hong Kong, and Malaysia are the five major countries that send their students to the UK for higher education.
The world-class education offered in the Universities of the UK is not limited to Russell group Institutions (the UK equivalent of Ivy League institutes), universities other than this prestigious group are doing exceptionally well.

Here is the list of the ranks of top universities in the United Kingdom in relation to enrollment of international students in 2016-17:-

Here are the details of the fee structure, average compensation, and main employers for different courses of the top five UK universities (according to the number of international students):-
The criteria for securing an admit to a UK varsity depend on the respective university. However, there are some common norms applicable to all.

1. The University of Oxford

4. The University of Edinburgh

One of the most feasible ways to study in the top universities in the UK is to take education loans. Check out our Admit Predictor tool to make a list of target universities. Take a look at our Education Loan EMI Calculator to calculate the actual cost and plan your EMIs while planning your journey to a University in the UK. Also, visit GyanDhan’s page to avail more information about education loans and complete your dream to study in the universities in the UK.