The Five Best Universities To Study In The UK 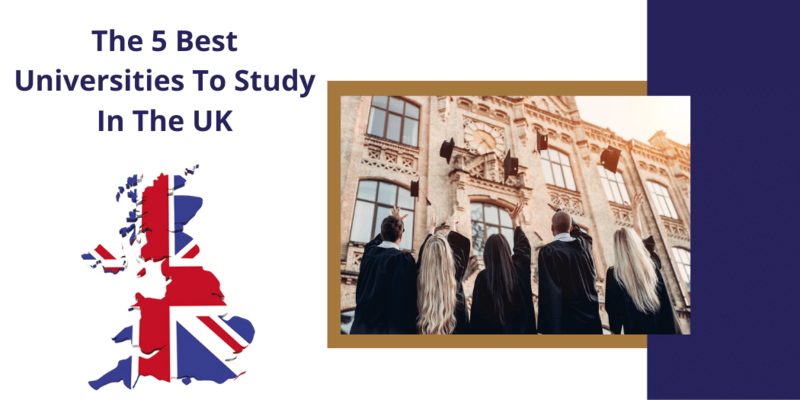 Note - This Blog is a Guest Contribution of AmberStudent

Do You Dream Of Studying In The United Kingdom? But, are you confused about which university you should opt-out for? Don't worry! We're here to assist you narrow down your choice.

The UK is one of the most beautiful places in all of Europe. It is a place with rich culture and history, a heaven for those in love with traveling and discovering breathtaking views and monuments with a story of their own. The daily commute is comfortable as well as the rail, bus, and airport easily link to different zones and cities. It's convenient to get to and from. You'll also have an excellent opportunity to stack your arsenal of different languages. You'll find architecture, history, cosmopolitan cities, and stunning scenery all in one place.

The United Kingdom provides you access to a long list of globally recognized universities consistently ranked amongst the world's best. Whether you're searching for an undergraduate or postgraduate course, there are many universities to meet your requirements. But the real challenge is choosing a university that's best for you. To ease your dilemma, we've prepared a list of five best universities in the UK, have a read.

The sort of education that we receive plays a major role in the way that our character and future life are molded. Thus, this has been a humble attempt by us to broaden your perspective on the respected universities and at the same time to help you to narrow your options. Best of luck for your future. Once you successfully choose and get admission to the university of your choice your next big step should be looking for affordable yet comfortable and luxurious student accommodation. For bookings and enquiry, click here.

Vishakha Bhagia
Fascinated with words, aspires to be a literature professor and loves cats.