5 Best Countries to Study in Europe 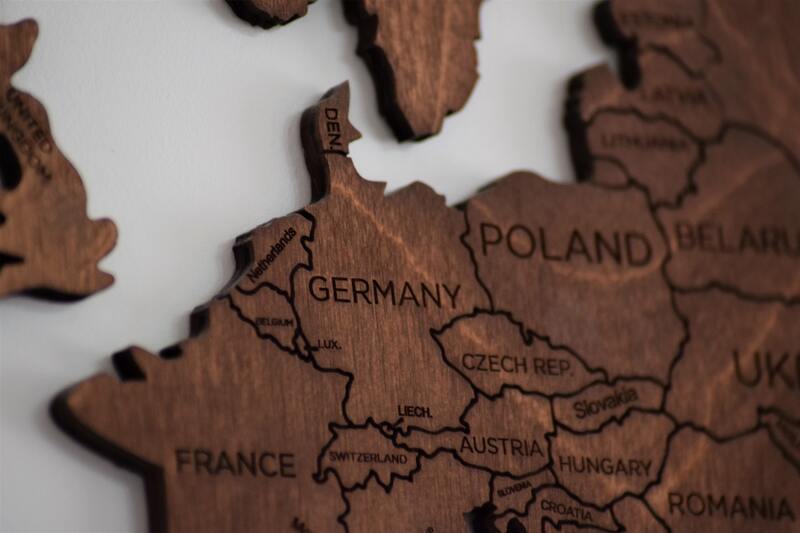 Europe has been at the forefront of world-class education even before the period of renaissance. There is no dearth of educational institutions to study in Europe that have been the centre of excellence for centuries. From Karl Marx to Albert Einstein, and from Madame Curie to Leonardo da Vinci have studied from European universities and completely changed the course of history, polity, science, or for that matter, any other aspect of life. There is not one significant scientific achievement that has happened in the last 1000 years that hasn’t had a contribution from a European educational institution.

European universities are still leading global education, continuing with the similar tradition of being the pioneer of research and innovation. A majority of top institutions of the world are in Europe. Even the most innovative countries of the world like Switzerland and Sweden are on the European continent. Students studying at European universities have done remarkably in the past and continue to do so in the past. The growing Indian diaspora in Europe is an added advantage that wasn’t there a couple of decades back for students from India. Also, a growth in India’s credit culture through various financial institutions has opened the door for getting education loans with reasonable interest rates and repayment terms. Now, we will delve into the list of best countries to study in Europe. We are not ranking countries, and it should be seen as a general list. There is no chronology in the list of countries in Europe that are best suited for Indian students.

Germany is certainly a country that is one of the most favoured destinations for Indian students. High tuition fee is one of the biggest constraints for Indian students that clips the wings of their dream to study abroad. But Germany has something that totally wards off this constraint as the German government has reduced the tuition fee to zero in public universities. Barring a couple of courses, more than 97% of courses don’t have any tuition fee for international students. Another aspect that makes Germany a great destination for students is the presence of the world’s best universities. German universities are the epitome of intellectual superiority and research. German technological development stems from its world-class universities and centres of excellence at these universities.
From Technische Universität München to Humboldt University, Germany is home to the world’s best educational institution. Another factor that plays a crucial role in selecting a country for abroad education is the way of life in a particular country. Germany is one such country that attracts young graduates and gives them the opportunity to work at world-class German companies and business conglomerates.
In Germany, the cost of living can be anywhere between 800-1300 euros per month. But then it might vary depending on the city, and the kind of expense one incurs that totally depends on personal spending behaviours.

Spain is one such country in Europe where the diversity in education is way more than any other country in Europe. Students from India and other parts of the world choose Spanish universities as the destination for higher education. Spain has some of the world’s oldest universities offering courses in various disciplines and interdisciplinary courses. The cost of studying in Spain is reasonable, but education varies depending on the course. For instance, courses like MBA and MS can be a bit more expensive than liberal arts and humanities. So, the selection of courses and the type of institution, whether public or private, determines the tuition fee. A bachelor's program in a public university in Spain can cost anywhere between 600-1200 euros per year, while a similar course at a private university will cost around 5000-18000 euros per year. For master’s programs, the tuition fee can be 350-3600 euros per year, depending on the course and university. At private universities, the tuition fee for a master’s program is around 20,000-30,000 euros per year, but the fees may vary from one university to another. The cost of living is also affordable if students are ready to live in shared apartments and curtail the miscellaneous expenses to the maximum possible limit.

The cost of living in Spain is around 700-1100 euros per month for cities like Madrid and Barcelona while for other cities it will be less than 850 euros per month. Many students take up part-time jobs to cover their living expenses. The banks and financial institutions are always ready to help students with education loans. In case of any other assistance, students can always reach authentic study in Europe consultants for more details on the best available courses, scholarships, universities, finance mechanisms, etc.

It is one of the few countries of the world that can claim to have so many things bundled up together that it becomes a dream study location for international students, from the breathtaking natural beauty to the world’s most innovative research centres. Switzerland is home to some of the world’s oldest and most renowned universities, making it one of the best places to study in Europe. The tuition fee is pretty low when compared with other European nations. In fact, Switzerland’s public universities don’t charge any fee to students coming in exchange programs. For international students, the tuition fee for a bachelor and master degree is 350-4000 euros per year, and for doctorate programs, the fee is somewhere between 900-1100 euros per year. The cost of education can be a bit pricey at private universities, and it can cost around 40,000 euros per year. But Switzerland has an excellent reputation for offering world-class education to students from different parts of the world. The banks readily offer loans for Swiss universities.

The cost of living in Switzerland can be a bit costly for Indian students, and it can be higher in cities like Zurich and Geneva where the monthly expenses can be 1600-2500 euro per month while in cities like Bern and Basel, it will be less than 2000 euro per month. Students have the option to take up part-time jobs, but they have to ensure that the work will not affect their academics.

France is undoubtedly one of the best countries in Europe to study, work and live. French Universities are great places to learn from one of the best pools of faculties at some of the world’s oldest universities. Institutions like Grandes Écoles are the jewels in the crown when it comes to the greatest learning abodes of Europe. The French government heavily subsidises public universities, and the tuition fee for some bachelor programs can be as low as 200 euros. At the same time, the master’s and doctorate programs or other professional degrees like Engineering at public universities in France can cost around 600 euros per annum. So, it speaks volumes of that qualitative education at an overly reasonable cost is the USP of the French education system. However, the tuition fee for private universities is obviously higher, and it can cost anywhere between 15,000-30,000 per annum, depending on the type of course and the university.

Vishakha
Interest in Finance with a flair for writing, Vishakha has written on education loans and the study abroad field for the last two years with articles published in Times of India, Outlook India, The Hindu, and many more online publications.

How to Save Lakhs by Choosing Right Education Loan